The Best Poutine in Canada (Or Whatever)


As we can all see, I'm way behind on the documentation of Cross Canada Crimez. Maybe I'll get to it but, as many of you know, I'm now a mom of a 5 month old kid. (Don't worry, she's not biologically my daughter; I would have eaten at least twice as much poutine if I knew I was growing a little Canadian in my womb. And had at least 90% less beer.).

Since the NYT decided that Canada is the #1 place to be this year, tourism is bound to skyrocket and I want to be a resource for people on a mission for the best poutine. This is how other people plan their travel destinations, right?

Depending on how you slice it, I ate anywhere from 26-29 poutines this summer. There were two that didn't have real cheese curds and one (see "The Worst" below) that was just...not a poutine by any definition. 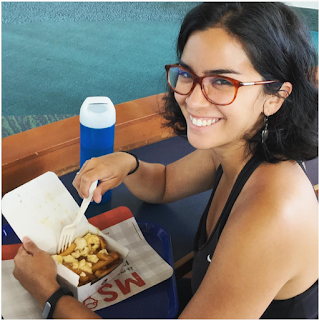 Unfortunately, I had a counting fail and skipped #17 (oops), so my "30th poutine" crowning achievement of kinda gross A&W poutine in the Vancouver airport was a false celebration. I want to apologize to everyone who waited with bated breath, refreshing their Instagram feeds to see if I could do it.

That's what I get for not making a poutine hashtag to keep track. I fail as a millennial. Anyone want to intern for me to catalog my poutine and/or Guinness shots? I write really good recommendation letters.

Okay, so back to the poutine. Here's my attempt at "The Best Poutines in Canada [that I ate this summer on a limited time scale and budget and stomach capacity but ignore this bit for SEO]"

The Best of the West

Fritz European Fry House in Vancouver was amazing. Great curd to chip ratio. All elements were delicious. Fries were thick and crispy. Go there.


The Best of the East

St John's, Newfoundland was our favourite spot on our whole trip (spoiler alert), and it cemented its place in my heart forever with a solid poutine showing at Green Sleeves Pub. The service there was also up there with the best in the country. Can someone please just teleport me back to St John's?

A random chip truck on Canada Day at Major's Hill Park. However, this place has an unfair advantage: cold weather, tipsy me, CANADA DAY, and early in the trip. So take this one with a grain of greasy chip salt.

Obviously the best poutine that I ate was in Quebec. I'm not so edgy that I could even pretend anywhere had cheese that could compare. Every poutine the I ate in that province had cheese that was far superior to the other provinces' fare.

However, it came from an unexpected source: Pub Saint-Patrick. Yeah, I know, an Irish pub in super touristy Old Québec City. I was 100% sober, eating it for breakfast with a coffee. It had the perfect thick cut chips, squeaky cheese curds, and classic gravy. Nothing fancy (except the $13 + tax + tip price tag).

WTF Halifax? You were one of our favourite cities on this journey but Durty Nelly's Irish Pub is definitely taking the piss with their "Irish Poutine". I don't know if this Canadians playing tricks on Irish people or vice versa (welcome to my marriage) but gnocchi, white sauce, a few pieces of beef, and cheese curds does not a poutine (or edible meal) make.

Lots of places like to get fancy with their poutines, adding extra ingredients beyond the gravy, cheese curds, and french fries. I generally try to steer clear of these concoctions, but the Irishman and I took a leap in Charlottetown, PEI. And we were delighted that we did. Peas, stuffing, turkey, cheese curds, cranberry sauce, on a bed of french fries, slathered in turkey gravy = one of the more balanced meals on our trip. We shared it for two meals and enjoyed every bite. And it felt like we got a few vitamins we may have been lacking.

Lowertown Brewery in Ottawa has a poutine with pickled jalapenos. On a chicken gravy poutine, it's pretty tasty!

McDonald's poutine is okay, y'all. For real. I had one in Victoria and, I swear, it was not half bad for a fast food poutine. Generous with the curds, it was much better than KFC, A&W, and some of the restaurants we ate in outside of Quebec and Eastern Ontario. 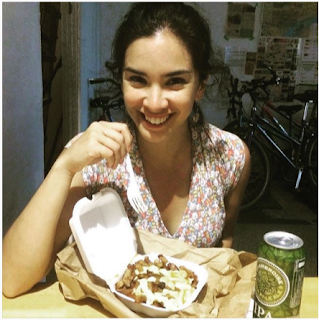 What did I miss? Let me know in the comments so I can decide where my family should move when we leave China.
Posted by Ange at 10:52 PM No comments: