For anyone who is still interested in what I thought about our cross Canada tour, we still have a whole length of the country to go! I confess, it's been over a year since we departed for this summer of a lifetime (spoiler alert! It was the time of our lives) and I had to go back to our Google Map to remind myself of where we've been.


I did consider abandoning this embarrassingly delayed task, but I do want to share the key joys, mistakes, and tips from our holiday for anyone else considering doing something similar.

I last left you all in PEI. If you'll recall, it was stunning beyond belief and rivals the Ring of Kerry for beautiful greenery. We drove the unsettling 12.9 km (8 mile) back over the Confederation Bridge to New Brunswick, then crossed into Nova Scotia. 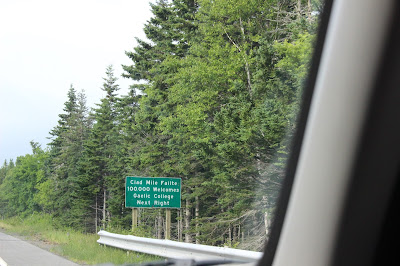 Halifax was the first city we visited where we had a family "aha!" moment. We could live somewhere else in Canada besides Ottawa and Toronto?!

Our Airbnb left a lot to be desired and the listing was generous in its description of proximity to downtown. Which was actually a good thing! Walking back and forth from central Halifax meant that we went through a park packed with people playing recreational sports, found a fun craft brewery around the corner (shout out to the wonderful people at Good Robot!), and generally saw a lot of presumably normal Haligonians going about their lives. (Screw you spellcheck, Haligonian is a word.) We felt pretty at home and comfortable wandering around the small city of 400,000. 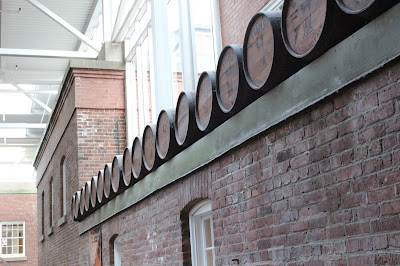 We arrived in the afternoon and managed to squeeze into one of the last Alexander Keith's brewery tours of the day. While we waited for the tour to start, we enjoyed a pre-tour Keith's pint next door at the Red Stag Tavern. The tour was educational and entertaining, including traditional musical performances at the end over a couple of glasses of beer. There were some fun anecdotes about the creation of the brewery and lessons about beer delivered by enthusiastic tour guides and performers. 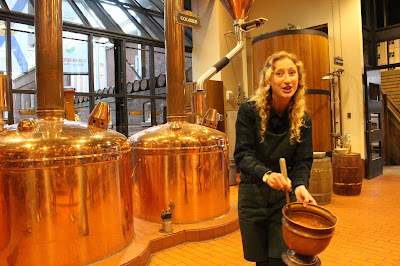 Word of warning: Do not take this tour if you are looking to get hammered! It seems to be a regular complaint on forums (and in person on our tour) that the tour isn't a booze fest. The Keith's Brewery tour is more museum/"living history" tour than bar. They also had some type of iced tea for the non-drinkers and kids on the tour, so it would be fine for the whole family. 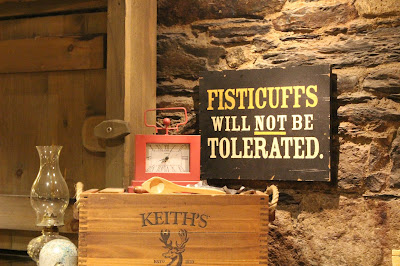 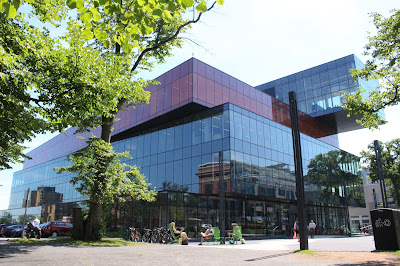 One of the major reasons we felt drawn to the city is its gorgeous, active library. The Irishman is working on his master's (which we realized around this point in our trip meant that he qualified for student pricing. Bonus!) and, with a deadline looming, needed to buckle down while we were in Nova Scotia. This could not have happened in a better place.


While he worked, I explored the library, noting the packed events calendar and diverse course offerings. I couldn't help daydreaming about spending hours every week hanging out there, as I did with my neighbourhood library growing up. 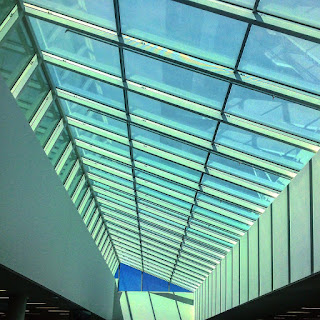 Canadian Museum of Immigration at Pier 21?! Right up this [semi-]second generation Canadian's alley. (Actual question: Is that offensive if one of my parents' heritage is placed in Canada for several generations?)

For non-Canadians or those who skipped history class, Pier 21 is Canada's equivalent of Ellis Island. Over one million immigrants arrived there in the 1900's, resulting in its nickname of "Gateway to Canada". The museum contains information about the history of the people immigrating and includes artifacts like the trunks people used to carry their things. Also, people can research their genealogy.

Unfortunately, we didn't have much time to explore the museum. With less than a couple of hours before closing, we figured a tour was our best bet to see the highlights.

Maybe it was just bad luck but our tour guide at Pier 21 took the cake for the worst tour guide I have ever had. She was monotone and seemed to have no interest in the tourist destination she was introducing. Maybe she was just having a bad day, but what a disappointment for a museum full of stories, heart-wrenching and inspirational.

I'd really like to return and explore more of the museum on my own or with a better guide...Better yet, if you're hiring tour guides, Pier 21, gimme a call! I've got the handsomest Irishman, most charming Chinese baby, and happiest Chinese Pup around who are looking to immigrate to Canada.